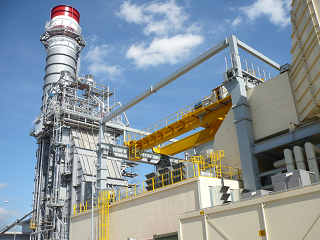 Technical department in TE-TO AD Skopje continuously has been worked to increase the efficiency of the plant by investing in additional equipment or upgrade in existing one and change / improve operational procedures defined by the manufacturers. Improving the efficiency of the plant in any way, leading to reduced fuel consumption, in this case natural gas, for the same produced energy, this leads to multiple benefits such as: increased profitability, reduced emissions, reduced thermal stress on the equipment and its aging etc.

During the 2015 production department of TE-TO AD made two changes in the existing operating procedures, which has come to reduce the self-consumption of the plant, and thus increase the efficiency. These changes were made after several months of analyses and tests and at the beginning of December 2015 and officially become regular procedures for operation.

Both changes in the operation of the plant consist of switching off one of the pump unit which according to the original concept should be in operation continuously. More precisely, employed are two separate systems: the main cooling system and re-circulation system of the HRSG’s preheater. Both systems consist of two identical pumping units each with an output of 400 kW and 30 kW respectively and which were continuously in operation when the plant is in operation. After the switching off of the one pump unit, in co-generation mode of operation, both systems have continued to normal operation and all parameters were in the normal range.

With this change of operation procedures the plant achieved several benefits, including: